This is an ontology of taxonomic terms (names of taxonomic groups) used in the systematics of fish, including non-teleost groups such as Chondrichthys (sharks and rays), Sarcopterygii (lungfish and coelacanths), lampreys, and hagfish. It contains (as of August 2010) over 38,500 names, and over 44,000 taxonomic synonyms. A majority of the taxonomic names and synonyms were made available from the Catalog of Fishes. In July 2010 we added nearly 15,000 common names provided by Fishbase. Additional names and synonyms are added as a result of our curation activities.

Details of changes are recorded in the TTO_Changes page, (though this is not frequently updated), and summarized in the cvs commit comments.

The current release may be found here.

To the extent possible under law, Peter E. Midford has waived all copyright and related or neighboring rights to the Teleost Taxonomy Ontology (TTO). This work is published from the United States. 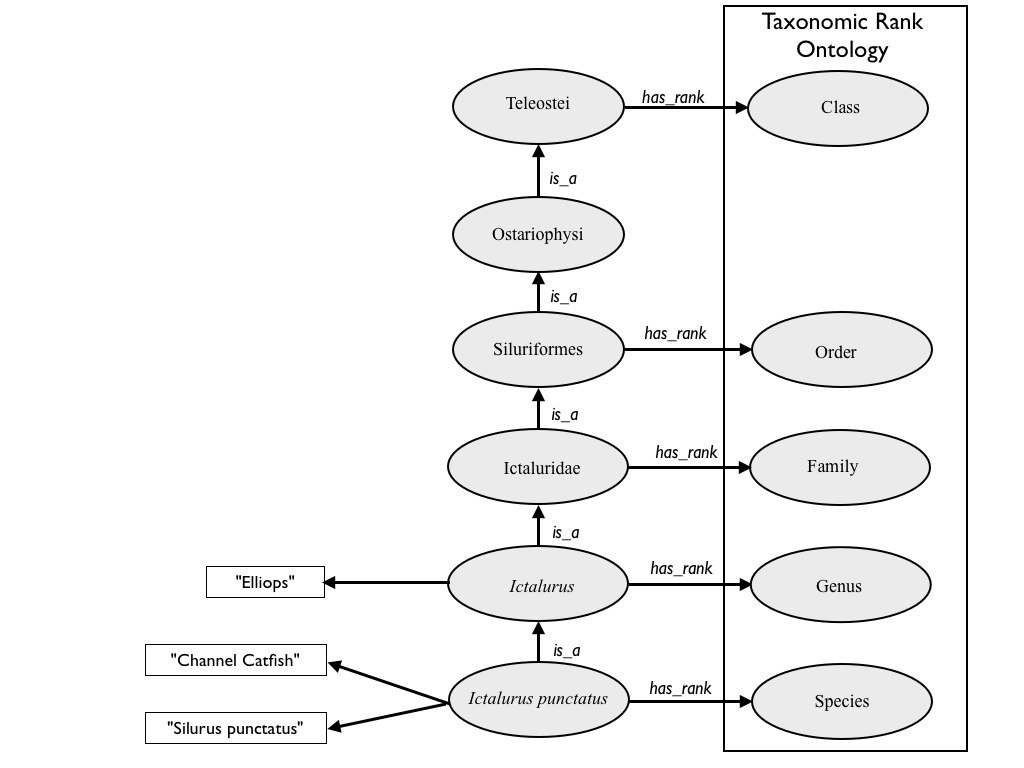