Mesquite support annotations for characters, character states, and taxa, including textual comments and images. One idea is to add an interface for ontological terms as part of the annotations. Here are some examples: 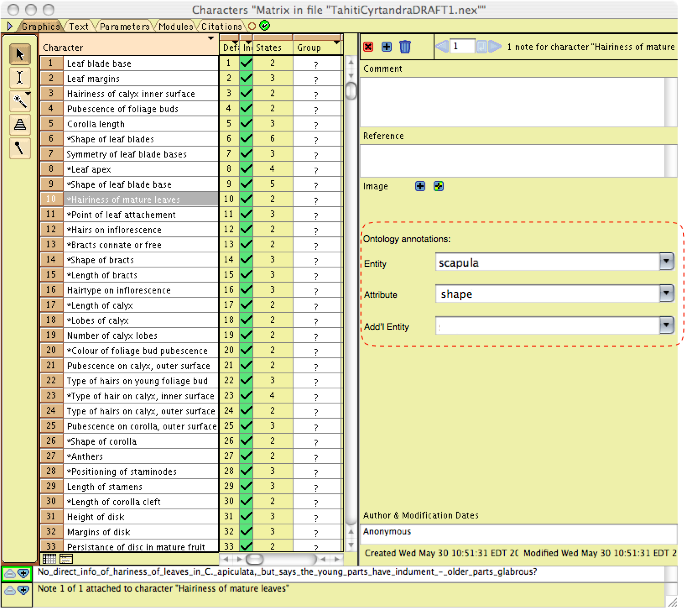 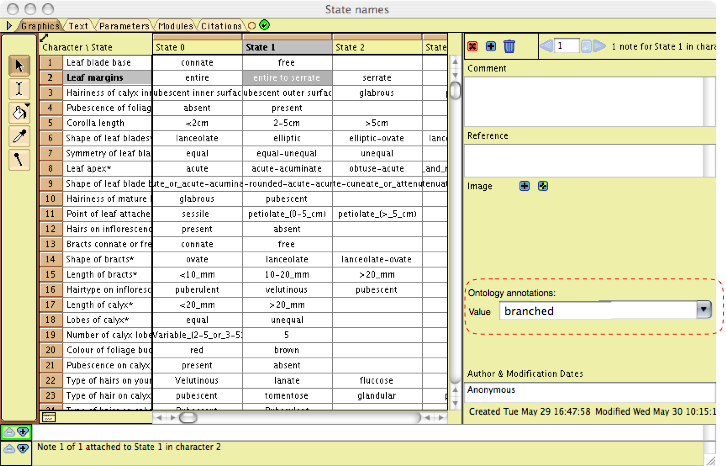